A Masterpiece of Beauty and Elegance
The home and gardens were born of the dreams of Edgar and Edith Stern, pillars of the New Orleans community. The Sterns worked with landscape architect Ellen Biddle Shipman (1866-1950) and architects William (1897-1984) and Geoffrey (1909-1985) Platt to produce a wonderful oasis of elegant beauty set in charming New Orleans. Longue Vue is one of the last great American houses to be built during the Country Place Era, taking the Platt brothers three years (1939-1942) to build. Shipman began designing Longue Vue’s gardens in 1935 and continued until her death in 1950.

The house consists of three stories and a basement, an unusual feature of New Orleans where most of the city is below sea level. Visitors tour the main living spaces of the house, numbering 20 rooms. The house contains its original furnishings of English and American antiques; European and Eastern European carpets; Modern and Contemporary art; collections of needlework, chintz, haute couture and ethnic costumes; Chinese and European export porcelain; Staffordshire transferware; and creamware and pearlware from Wedgwood, Leeds and other British and continental potteries.

Touring the house, one enters through the unique circular vestibule which has curved sliding wrought-iron doors. Among many varied and fashionably decorated rooms, one can see the Flower Arranging Room; the Blue Room – accurately decorated with blue carpeting, walls and furniture; the Art Gallery; the Drawing Room – which is the most formal room of the house and the setting for the entertainment of such notables as Eleanor Roosevelt, John and Robert Kennedy, Pablo Casals, Jack Benny and others; the Wrapping Room – used only to open mail and wrap presents; and more. Longue Vue House and Gardens is a model of the fashionable, but conservative, taste of wealthy Americans during the 1930s and 40s and a way of life that has all but disappeared.

Ellen Biddle Shipman’s gardens began with the design of the Goldfish Pond and the Pan Garden in 1935. The Walled Garden was constructed in 1938, based on the original site of the kitchen garden, which supplied the house with fresh vegetables and herbs. It has grown food continuously since then. Of the many Wild Gardens that Shipman designed for clients, Longue Vue’s Wild Garden is the only one that remains. Caroline Dormon, nationally acclaimed naturalist and conservationist, was a most important collaborator for the plants in this garden. She continued to work in the Wild Garden until her death in 1971. Opened in 1998, The Discovery Garden is an educational and interactive garden for children of all ages. Within the one-half acre garden, visitors discover the wonders of nature. Inspired by the Sterns’ commitment to education and appreciation of gardens, the Discovery Garden mission is to educate the young and the young at heart about the role of plants in their daily lives.

As William Platt noted in a 1979 interview, the whole estate was designed as a single unit – the house and gardens must be viewed as one. Together, Edith and Edgar Stern, Ellen Biddle Shipman and the Platt brothers created a cohesive setting of house and gardens. 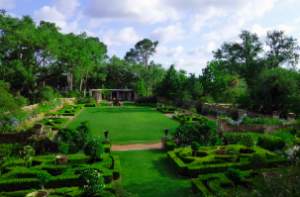 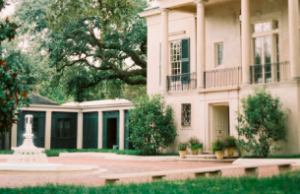 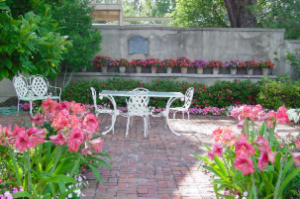 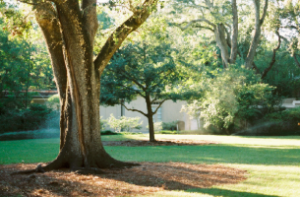